Hornbills are large tropical birds known for their enormous, flat bills and monogamous and social behaviors. They currently only reside in Tropical Africa and Asia.

The large bills they are made famous for are actually made of a light and spongy material. Its skeletal helmet is accommodating as well and its neck bones are fused together to support the weight, an uncommon trait among birds. Other unusual traits can be found in this bird species. It's the only known bird with eyelashes! 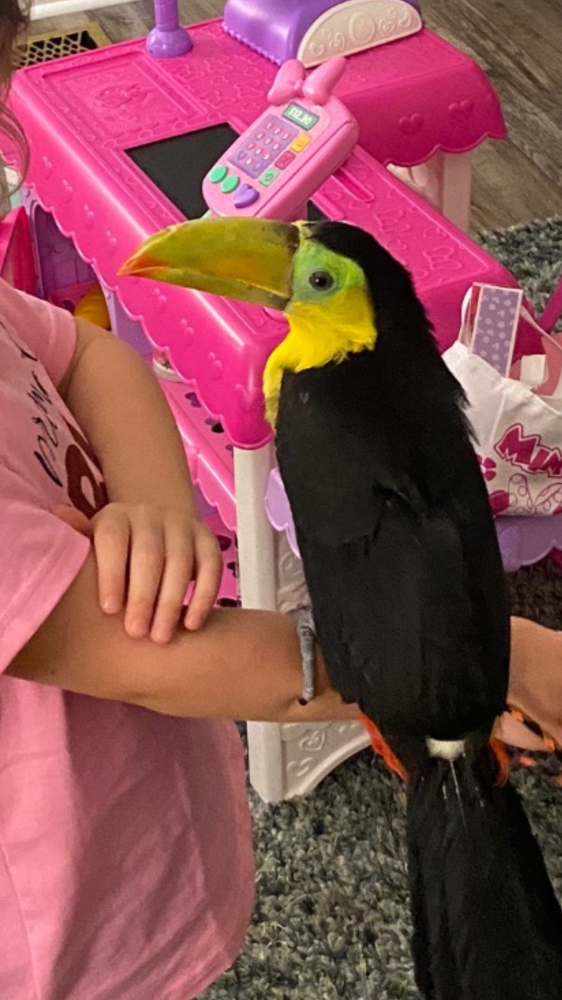 Very friendly DNA female. She has anklets on fir jesses and many have held her. I was going to use her for my educational bird shows, but have decided to stick with my birds of prey. I want to sell, but may consider trades or partial trade for India...

Two pairs being sold as a group only. First pair are long term imports. Perfect condition, proven. Second pair are captive bred, both around 6 years old. Not yet proven. Well bonded. Heat source failure two winters ago resulted in toe damage. I can p... 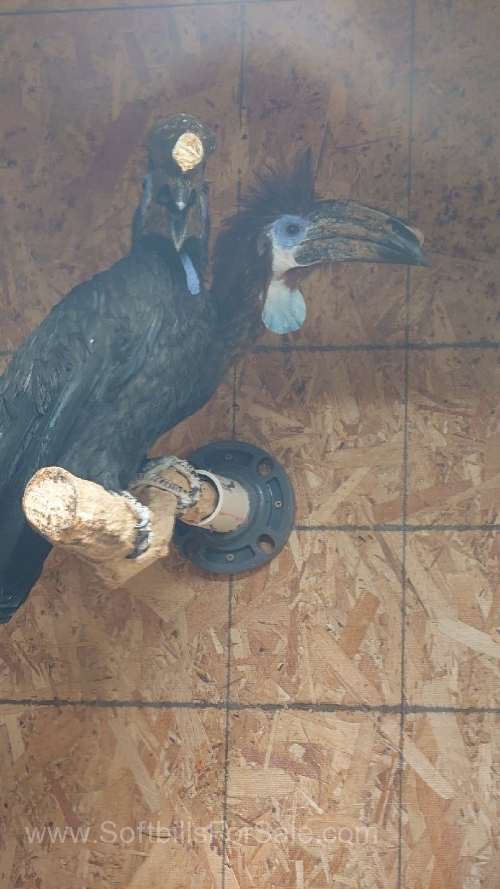 A gigantic black hornbill of African rainforests, often seen or heard in the canopy feeding on fruiting trees. Undertakes seasonal movements, and can be surprisingly common at certain times of year and absent in others. The male is a large black horn... 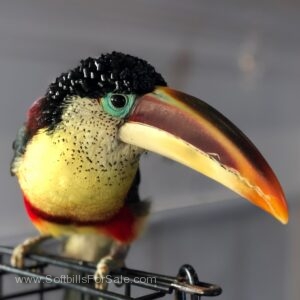 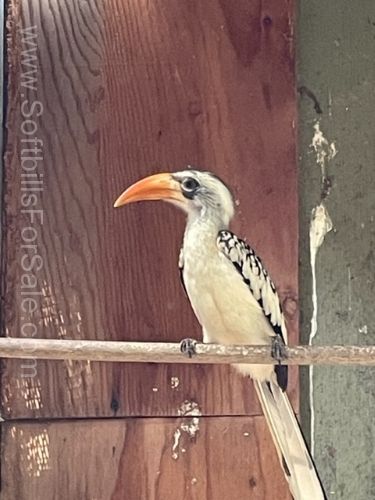 2 year old adult female hatched and raised here. Beautiful bird in perfect condition. This bird is being offered for breeding and would not be suitable if you're looking for a tame pet. I'll have babies available for hand feeding in June/July... 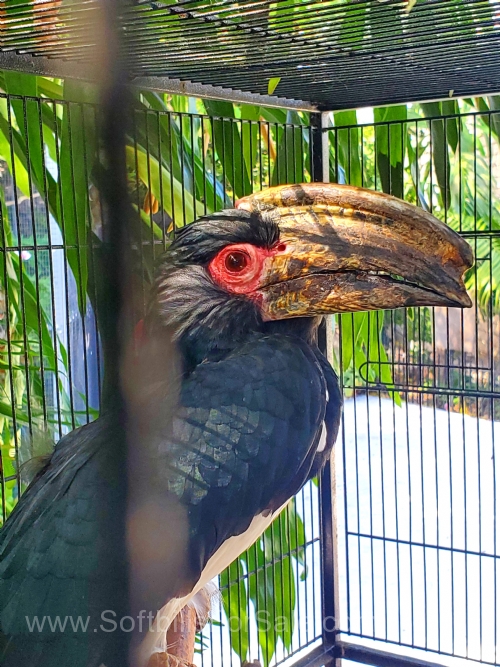 I have one male African pied hornbill for sale or trade for female. Sold to me as a pair but I got two males. Perfect health and feather. Asking $1,200 buyer pays shipping if not located in Phoenix area.

One female Silvery Cheeked Hornbill (Bycanistes brevis). Has some grip issues with her feet but does not affect her in any way. 6 years old and perfect. Experienced homes only. $6000Can ship.

Types of Hornbills for Sale

These birds live within families or multiple families that could include up to hundreds of birds. They nest inside holes of trees, protected from monkeys. After a male has wooed a female bird of his choice with a gift of food, the female will board herself up in the nest within the tree from the inside, and the male will assist in imprisoning her from the outside to protect her from potential predators while incubating their brood. During and after incubation the male will bring food and fruit regurgitated to the nest for the female and her chicks up to ten times per hour! The male is capable of bringing 60 different kinds of fruits regurgitated to the nest at one time and 24,000 fruits over the entire period of nesting. From courtship to offspring, the male's main priority is proving he can provide well for his partner. It is because of the lifelong monogamous relationships between the Hornbills that tribes regard this bird as a symbol of purity and fidelity.

What do Hornbills Eat?

The Hornbills living with multiple families are subject to a system of hierarchy. The smaller species eat a diet mainly consisting of insects and the larger of the species eat mainly fruit. They don't eat too large of kernels and seeds are able to pass through their system without causing any damage. They even eat a poisonous nut from the Strychnine Tree but are safe because they don't crack it during feeding. Although all species mainly eat insects or fruit, they all consume approximately 14% of their diets in animals. They attack their prey with their large bills and use their wings to shield them from any backlash. They will prey on lizards, other birds and their eggs, snails, rodents and other small animals.

How Long do Hornbills Live?

Large Hornbills can live to be 30 years of age. Many tribes in Africa believe that the bird is the messenger of God. In many cultures, the large species of Hornbill's beaks and feathers were a precious material to make things from. The Chinese during the Ming Dynasty called the bill “Ho Ting” and were a prized material worth more than jade or gold because of its ivory-like characteristics. In other places in the world, the bird is not so highly regarded. Farmers kill them before they can smash their beaks into the windows of their structures, thinking that the reflection is that of another bird. Hornbills are very territorial.