Canaries are popular pet birds, but few probably acknowledge how they came to be that way. The domesticated Canary is a small songbird of the finch family bred for the pet trade, but once originated in the Macaronesian Islands and the wilder form can still be found in nature today. The first Canaries bred in captivity were in 1670 of the 17th Century. Germany is thought to have been the original Canary training and breeding region of the world. They are the small yellow kind you can find in any chain pet store. Canaries can also be found in a variety of other bright colors and have a variety of songs. 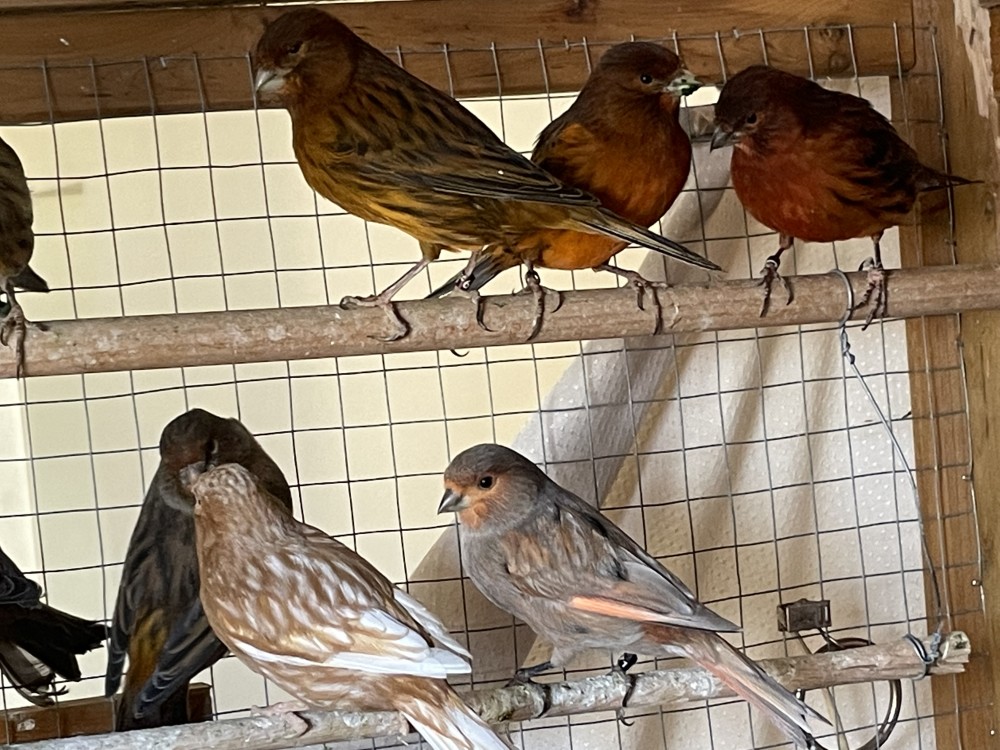 Hello I have six 2022 birds left , red bronze and red bronze mosaic. They are excellent quality, European and Australian parents. Pick up only 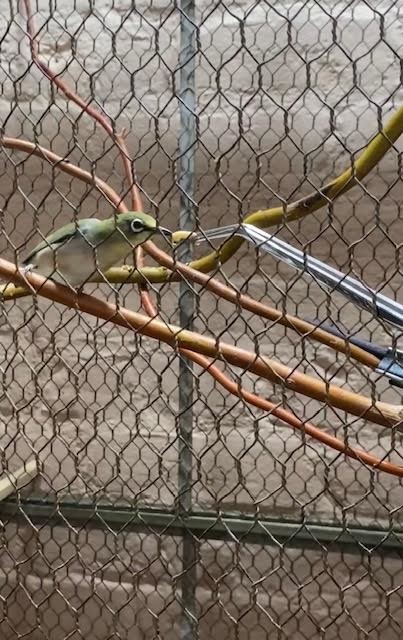 For sale are 2 pair of Japanese White Eye Finches, also known as Mejiro or Japanese Warblers. These softbill birds have become quite rare (try finding them elsewhere online), especially on the east coast so jump on the opportunity now to own and rais...

Here are pictures of the exact Russian singers that are available. This is a breeding trio with a 2019 male that is an accomplished singer. The white hen is also a proven 2019 bird and the yellow hen is a 2021 bird. I am asking $399.00 for the trio.... 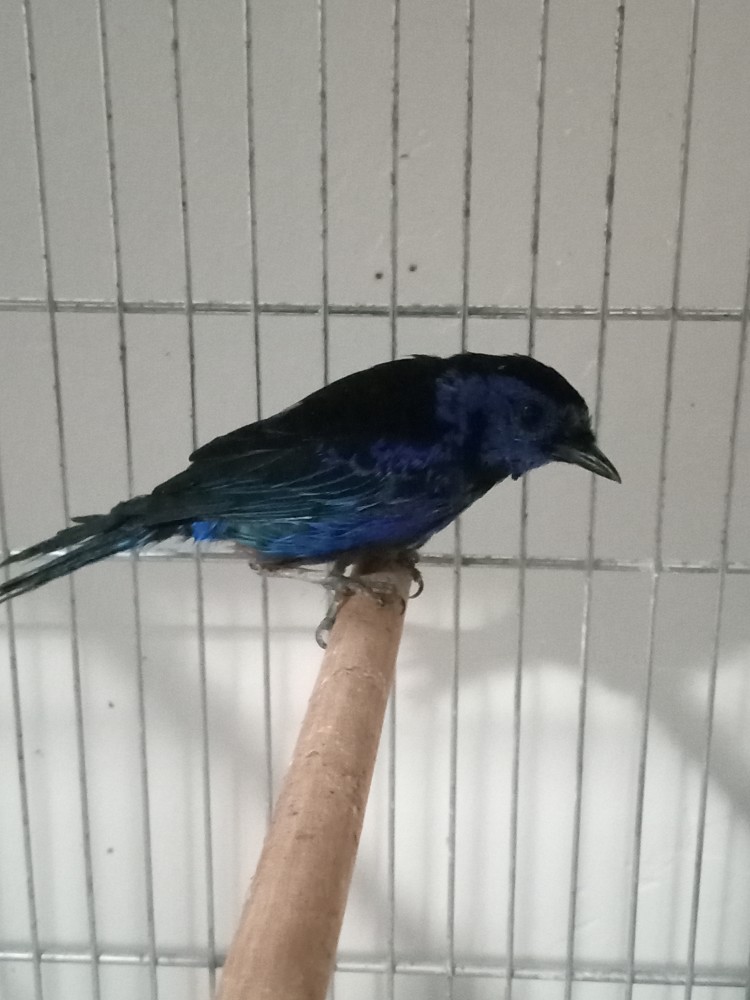 Wild Canaries are called by a variety of other names including Atlantic Canary, Island Canary, or Common Canary. Its name, Canary, comes from its native region of Spain's Canary Islands. Wild Canaries range from grey hues to green-yellow with brown markings on its back and a yellow underbelly. They look more wild than domesticated Canaries because its domesticated relative is bred specifically for its bright, attractive colors.

The Canary's song is also an attractive quality to those considering a bird for a pet. Canaries also do well in aviaries alone or in pairs. Canaries are only 3-4 inches long from head to tail and can live as long as 10 years or longer in captivity with optimal care.

Habitat In The Wild

Wild Canaries inhabit open areas and orchards from sea level to 5,000 feet above sea level. Stable populations can be found on several region's islands, including the Canary Islands, Azores Islands, and Madeira Islands. In Bermuda where feral populations of Canary were introduced, the bird has also established a healthy population.

An adequate aviary for a one Canary would be 18” x 14” x 18” with metal bars spaced no further apart than 3/8” to avoid their escaping, but an aviary conducive to flying would be best. You can provide your Canary as much space as you can and you'll have one happy bird. Likely because of their natural habitats, Canaries are flexible about household temperatures, as long as it does not ever exceed 80 degrees Fahrenheit. Your Canary's aviary should be placed off the floor and in a well-lit area away from any immediate drafts. Multiple perches will keep your Canaries happy and with a variety of sizes to prevent your bird from getting arthritis. It's also recommended you put a metal tray over the dropping tray to keep your bird from its excrement. Common sense says don't place food or water beneath perches to further avoid contamination. You should clean its habitat once weekly, or more often if it's needed. Use natural cleaning products, of course, and provide your bird filtered water to bathe in. Remove the water when your bird has bathed. You can also mist your bird as an alternative.

Although Canaries are social, they shouldn't be kept with species other than their own and they need to be socialized with daily by their owner. Pairs will bond quickly to each other and over time, might perch on your finger or shoulder without fear, they are not particularly cuddly animals. This might be the perfect fit for someone who doesn't want to be required to interact with their bird so regularly. They are fun to watch interact with each other, play with their toys, and can even improve their singing ability and add mimic sounds to their arsenal. In large, flight conducive aviaries, they may have a little fight here and there with their “roommates” but are mostly non-aggressive, however, their claws should be clipped regularly. In small cages, they are more territorial and aggressive toward cage-mates. One fight can end one of their lives, so plan to accommodate birds with adequate space or keep caged birds by themselves.

Canaries are omnivores. In the wild, they eat a variety of seeds year round. At various times of the year, they can also feed on available insects, fruit, and other vegetation. In captivity, most of their diets are comprised of special Canary pellets. These pellets are specially made to maintain the bird's color. While 60-70% of the Canary's diet is made up of pellets, it also eats seeds, vegetables, and fruits in captivity. If you do feed your bird these fresh foods, however, they should be removed if not eaten within a few hours. Treats should never constitute more than 10% of your pet's diet, and certain foods should absolutely be avoided. Avocado, fruit seeds, chocolate and other sugary and high-fat foods should never be given to your bird and can cause serious bird illnesses. This article will point out some of the most common dangers and threats to a Canary's health. For now, be sure to avoid using non-stick cookware and appliances near your pet's home/aviary. They can release harmful fumes that will certainly affect your bird's health.

Understanding all the personality quirks of keeping Canaries can become a fun hobby. For instance, male canaries are quite the singers and female Canaries do more chirping than singing. Male birds may not sing as much with mirrors in their habitats. Instead of outlining all the bird's common behaviors, here are some signs of a healthy Canary and some of an ill Canary that needs a vet's attention.

Healthy Canaries will exhibit alertness and social inclination. They eat and drink throughout the day and have bright, dry eyes. They should appear to be normal; their coloring, coat texture, and behavior. Red flags that indicate illness in your Canary include swelling of the beak, fluffed or soiled feathers, sitting on the floor of their aviary or cage, coughing, bird “diarrhea”, other abnormal discharges, red/swollen eyes, and loss of appetite.

There doesn't seem to be any shortage of Canary populations in the wild. They are rather abundant, both in their native habitats and in the pet trade. Part of this might be due to how easily they breed in both environments.

Canaries only require privacy and their health to reproduce. The male and female put together should be well-fed and healthy during breeding season. Breeding season begins around March, at the arrival of Spring. Females should be at least one years old, while males can be as old as five for breeding purposes. Breeding in captivity begins by putting their separate cages side by side to introduce them. Some breeding keepers suggest supplementing their diets around this time with Niger seed, spinach, lettuce, and dandelion leaves. Always do adequate research and compare a couple sources prior to implementing any recommendations.

Breeding is carried out in a “box breeding cage” that is conducive to building a nest when the two are ready. Nesting material is provided; wood shavings, corn cob bedding, and other materials to build their nest.