Crows are seen almost everywhere in America, but how much is commonly known about them? They are large, black birds that are found perched and cawing, flapping determined to reach its destination, and eating nearly anything. These birds are a mysterious, common subject of superstitions throughout history and well known for their intelligence and ability to adapt. There are 40 known species of crow and they can be found all over the world. They can live in any natural setting, but also live well among suburban areas. 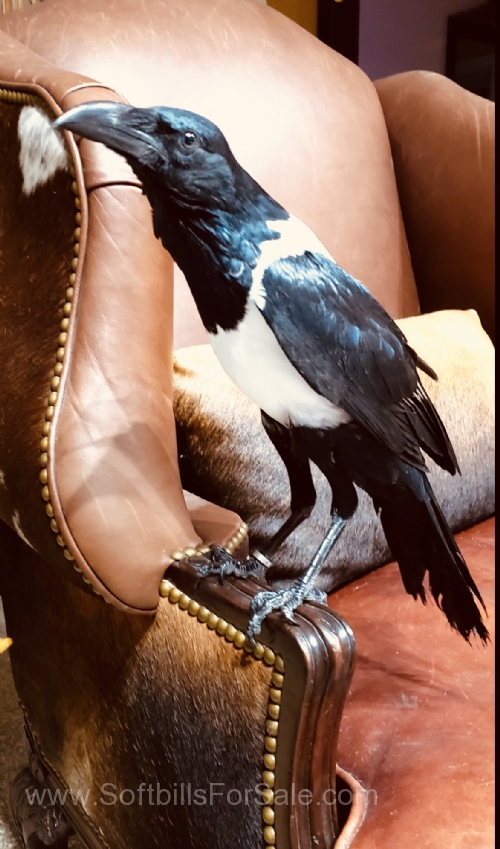 African Pied Crow Young DNA sexed male. He was hand fed so he is pretty tameâ€¦Great bird! he is great on a bird play stand, starting to talk. Serious Replies Please. 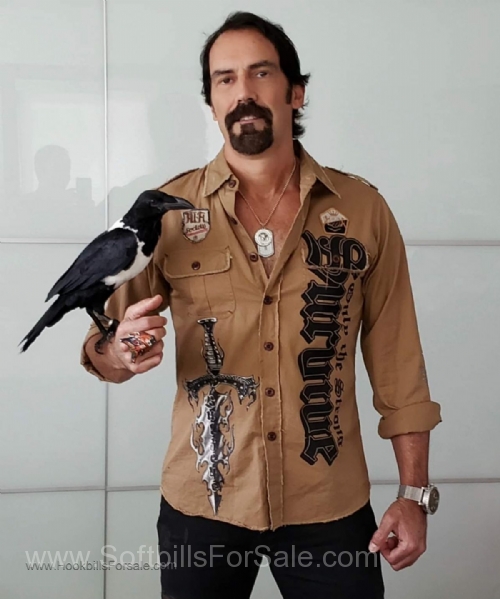 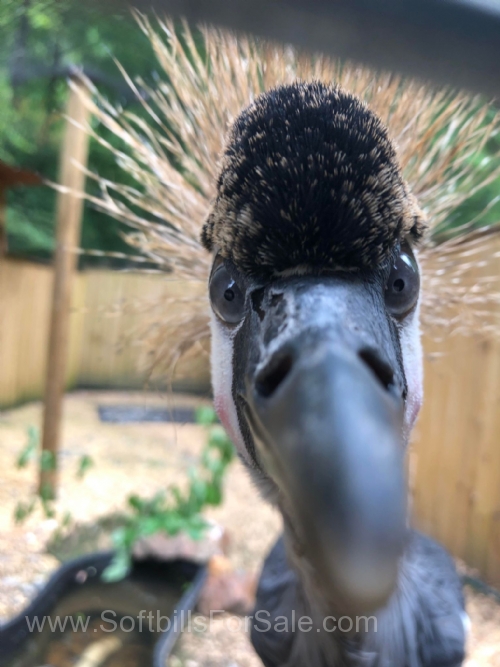 Types of Crows for Sale

"A crow on the thatch, soon death will lift the hatch" was a superstition meaning a crow flying over the home meant bad luck or an impending death within. If, however, two crows cross your path you will be blessed in some way: "Two crows I see, good luck to me". Finding a dead crow in the road meant good luck and crows on a church property bad luck. Many, many other sayings include the crow and its cultural/spiritual significance. The bad reputation continues into crow terminology where a flock of crows is called a "murder" and they will ban together to attack predators in what is called "mobbing".

It may be hard to tell how large a Crow is from a distance, but they can be quite large in size. Since there are some 40 species of crow, their size depends on the species. Crow species can range from 17-20 inches. The common crow is among the largest and measures approximately 27 inches. They can weigh anywhere between 12-57 ounces.

How smart is a Crow

Crows are often solitary but can choose to travel with a flock. They will migrate with their intuition and sometimes just move within the same territory to a warmer climate rather than make a long trip. They are problem solvers who never forget a face. They can identify a person who's been mean to them to other birds and teach them to avoid the person. Some species have unique traits of intelligence that humans might know little about. The Common Raven has up to 33 categories of sounds it makes and the Northwestern Crow has been reported to be playing games while in flight with other Crows.

What do crows eat?

Crows will eat nearly anything, so they are considered omnivorous. Some people consider this a pest-like behavior when in fact it may help them or other animals are to blame. They will eat from garbage cans overturned by larger animals, they'll eat small animals, seeds, nuts, worms, grains, and even other birds.  Crows eat insects, up to 90% of them being harmful to crops.

A Crow's lifespan can range up 14 years! A captive Crow in New York was reported to live to be 59 years of age. In nature, mature Crows can stay within the area they were born for most of their life, defending the young of the community. When it's time to mate, the male and female will build a nest up to 2 feet in diameter and lay 4-5 eggs that incubate around 18 days. Crows can leave the nest at 4 weeks, but be fed by parents up to 60 days old.

Only 2 of the 40 species are somewhat threatened due to their small decline in population and deforestation. These species are the Flores and Hawaiian Crow varieties. Other Crow species are of little threat and their populations are healthy.