Jungle Fowl are the closest living ancestors of the common chicken we all know well, mostly from our local grocery markets. Jungle Fowl look just like chickens, and are rumored to taste just like chicken as well. They live in bamboo forests of India and South East Asia today and have survived here for millions of years. They can be found roosting in trees, squawking noisily at anything that disturbs it, and running and foraging the forest floor. This, too, is how domesticated chickens would act if their wings were not clipped and they weren't confined by their small metal cages. In nature, their surprising intelligence has afforded the 4 species of Jungle Fowl the necessary protection to be alive and well today. 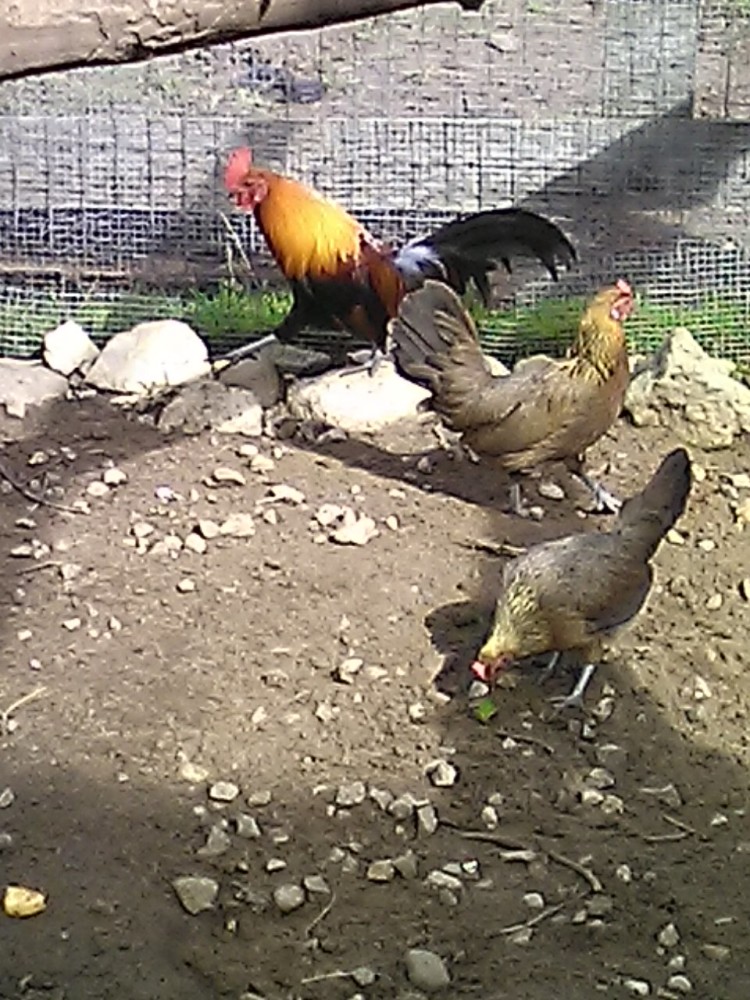 8 birds, 1 male with 7 hens. All one year old. He kept them all with fertile eggs this year. These birds are from San Diego Zoo stock. I will sell as a flock for $300 or pick what you want for $50 each. They are heavy and shipping will be high. Picku... 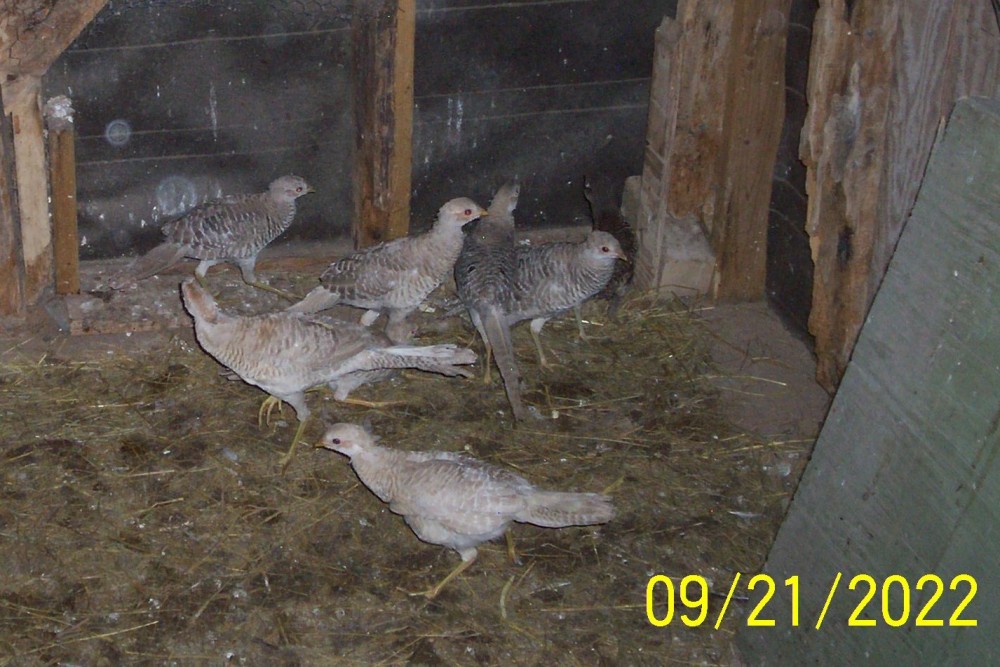 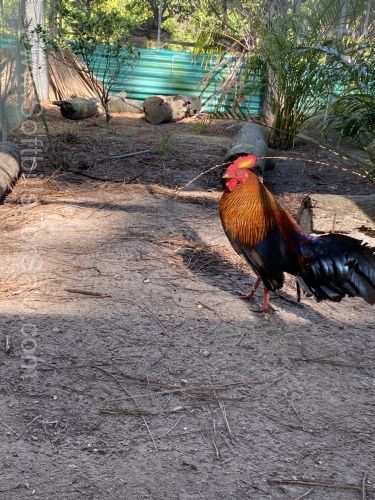 Like the domesticated chickens we know today, the males are more beautiful than their female counterpart. In nature, he flies down to the forest floor from his roost in the morning and calls the hens to surround him, some followed by their chicks. Together they communicate in their clucking language before separating to fulfill their responsibilities to the group, mainly foraging the leaf litter of the forest. Jungle Fowl scratch the ground and kick aside flowers, buds, insects, seeds, and invertebrates to eat.

The male is the leaner of the two genders, an athlete and good runner. His plumage is multi-colored, some flat, some iridescent, and multi-textured as well. Some of him is red, bronze, and black. On top his his is a blood red comb, and below his beak, two matching “waffles”. When he struts his stuff for mates or uses his body to intimidate, he raises his neck feathers and drops one or both of his wings to the floor. In more aggressive situations, he'll use the pointed spurs behind his legs to leap forward and thrust them at his opponent. This maybe where the word “cocky” derives from.

The female of the species is quite opposite and although not as beautiful, her dull coloring and docile behavior serves its purpose. Away from the drama, in her roost, incubating eggs and being as dull as the tree she sits in, she is unstressed and safe. She spends her days as busy as the rooster, making low crooning noises to communicate with her young and other birds. If not tending to her young, she sleeps on the ground, away from the rooster.

“Pecking order” is what the hierarchy of rooster and hen world is called. There are four to ten hens to each rooster and they all know their roles and “pecking order”. The male's job is to attract several mates and brood with them, protecting them when its necessary but not doing any of the parental work. The young learn to forage, fly, and care for themselves from her. Luckily, they are nearly competent within just days of hatching.

The New World chickens we know today are twice the size of the Jungle Fowl and lay almost 80 times as many eggs. There are more chickens than humans now, thanks to the industrial revolution that moved chickens indoors. They were bred to produce more for less, being given constant light to perform and fed just as much. Some say what we've done to chickens is a reflection of what we've done to our own way of life. Still, somewhere in India and Asia, Jungle Fowl eat and live as they once did.