Tragopans are pheasants that live in the mountains of the Middle East and China, including Pakistan, Kashmir, Himachal Pradesh, Nepal, India, and Myanmar. They are classified as one species in the Phasianidae family (horned birds) and is known as the “horny pheasants” because of the bright red horns that show atop its head during mating rituals. Although there are five species within the Tragopan family, they all look pretty similar and can be told apart by their subtle differences. They usually have reddish copper heads with some blue on its face, and darker maroon brown bodies with white spots. Males usually have a “bib”, a noticeably different chest. They are medium-sized birds, that aren't much of flyers and nest in trees, unlike other pheasants. 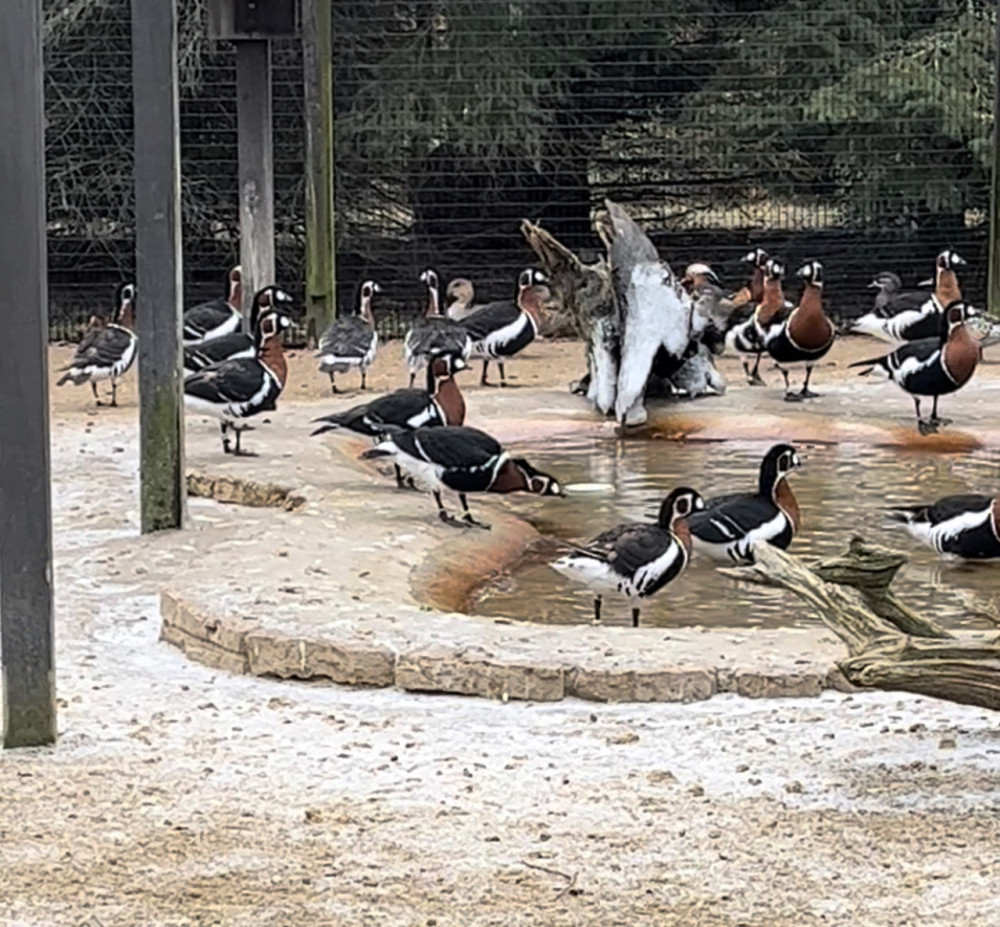 Waterfowl and other birds available 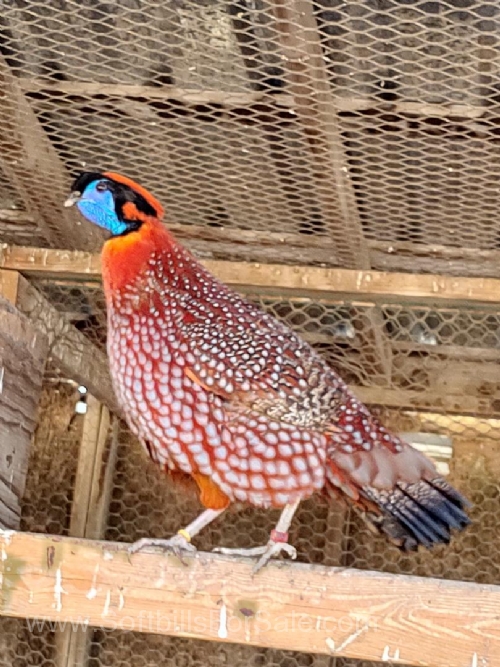 We have the following 2021 hatch unrelated pheasants available:Temminicks Tragopans, $300/ pair;  trios available @ $500; extra males, $150 each.Boxes and shipping are additional.Text or email preferred.April 26 is last day for shipping until fa... 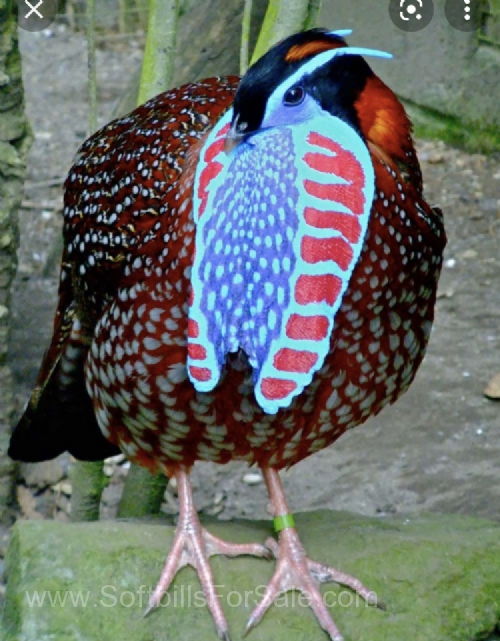 Hi I have unrelated. Pair of Temminicks Tragopans pheasant for sale . 400$ ready to the breading season 3059623989 call me o text me I do shipping .. thanks Male is getting his colors in 6 month it will be like the first pics . Thanks

Tragopan pheasants are the most colorful of all pheasants. The Temminck's Tragopan is thought of as the most beautiful among the family and is also an excellent breeder in captivity. Since being imported to the United States, it's become the best-bred bird of all Tragopans in the Western world. People now believe over half the population is in the United States. They will also cross-breed with Satyr and Cabot's species.

Very much depending on species, reproduction details can vary. It's been difficult to capture the mating “dance” on film, so most available photos are of the bird in a more normal circumstance. After a male has wooed a female by displaying its horns and chest, the female will lay 3-4 eggs and incubate them for 28-29 days in their nest. A great deal of time is spent on their nest. Generally speaking, most Tragopans are shy birds that live in solidarity or with only one or few other birds. The mating season is typically April through June.

Like other pheasants, Tragopan are hunted. Three of the five Tragopan pheasant species are on the IUCN's (International Union for the Conservation of Nature) endangered species list, including Cabot's, Blythe's, and The Western. Another, Satyr Tragopan, has been added to the list by CITES (Convention on the International Trade in Endangered Species). Efforts are being made by India and Pakistan to revive the Western Tragopan population, but no plans involving breeding have been implemented as of late. The existing population of the Satyr Tragopan is listed under the 1st class national protection status list. Because the Tragopan have been heavily bred in the United States, there is a variety available for purchase and viewing at zoos and wildlife parks. The San Diego Zoo is one place that has kept them in captivity. Most of the current population in the U.S. Has derived from Tragopan that was brought to the U.S. In the 1950s. They appreciate large aviaries with plenty of shrubs and trees for nesting.