Shama birds are native to Southeast Asia, but have since been made popular cage birds and have been distributed more heavily in Hawaii and Taiwan. In nature, it's considered a pest because it eats helpful native insects and is very territorial and aggressive to other native birds. Caged, it is known for its beautiful song and ability to innovate new calls. This trait is so desired by breeders that there is criteria for judging a bird by its call or song. One highly desired trait is its ability to perform in front of a crowd, people or other birds. You can judge its song by looking for a high pitched voice with some rolling within the song. You can also judge its ability to mimic the song of other birds. You can find recordings of the bird's songs all over the internet. Sometimes the bird is referred to as Shama Thrush which is a name leftover from its incorrect classification in the Thrush family.

Selling my two male shamas, one from 2021. N one very tame sanwu. You can pet it. Selling due to relocation. $250 shipment. Please send queries my email. Tks 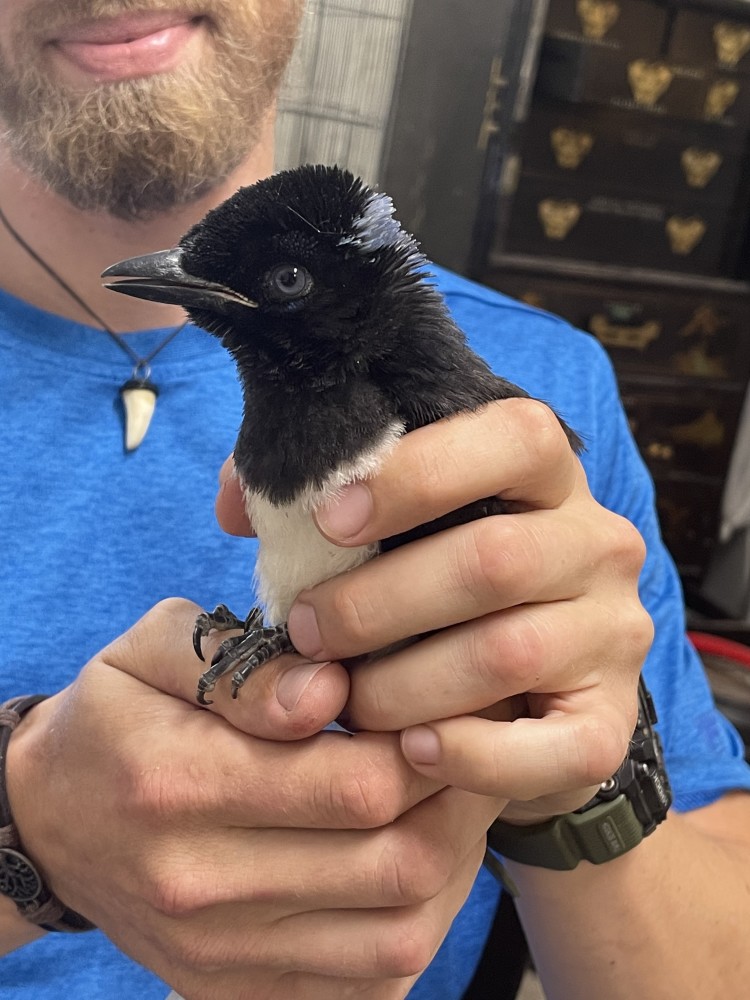 Some countries hold real competitions judging the birds by their songs and sometimes their appearance. CDs of the bird's songs can be purchased as well. Shama are considered open-ended learners which means they can learn new songs throughout their lives, in the wild or in captivity. Sometimes a caged Shama can surprise you with a new song and you'll never hear it again. Some owners teach their birds songs by whistling repetitive tunes to them. They learn with surprising accuracy and recordings are worth a listen.

How to tell male and female Shamas apart?

There are a few species of Shama, but the most popular is the White-rumped Shama. It's named this because some of its tail feathers are white. The bird's length is up to 28 centimeters long, including its tail which is approximately 7 cm of it. The males have longer tails than the females, but otherwise, look alike. Having a longer tail may allow a bird more territory than birds with shorter tails. Their heads and bodies are mostly black with an orangish chest. The birds are found at the edge of forests where there is some human traffic, but flourish in densely forested areas and prefer to be where the bamboo is. The bird is highly sought after and captured often and easily. If the bird was protected or left to reproduce freely, its population would explode like other birds in the family have. They are excellent breeders, a great quality to have in captivity.

Shamas in the Wild?

Although its population declines in numbers, the Shama won't be considered vulnerable until its population declines enough. The criteria for the next level of endangerment would be a 30% decline in a period of ten years. Because of its aggressiveness and ability to breed, the Shama thrives. They only seem to lessen the populations of native birds of where they are brought due to the competition for food sources and other factors. No solid research suggests the decline in other bird's populations is by the Shama's fault, but it's agreed more research on the species should be done.