Thrushes are slender-beaked songbirds with a “booted” lower leg, which means that their legs are covered in front by a single long scale rather than many short ones like other species. Thrushes vary in size from 5-12 inches, especially since there are many of their kind in the songbird family, Turdidae. Most species are not very colorful, but some have some spots of bright yellow, red, or blue featured on their plumage. Thrush young are usually plainly spotted at first, and change after their first annual molt. 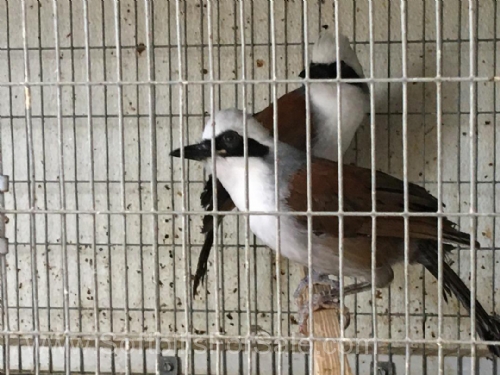 2021 Handraised White Crested Laughing Thrush pair. Leave your name and phone number. I will contact you.

I have a young pair of Black throat Laughing Thrush for sale, if interested text me for more info... 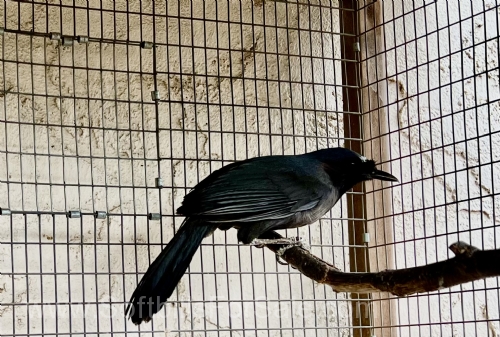 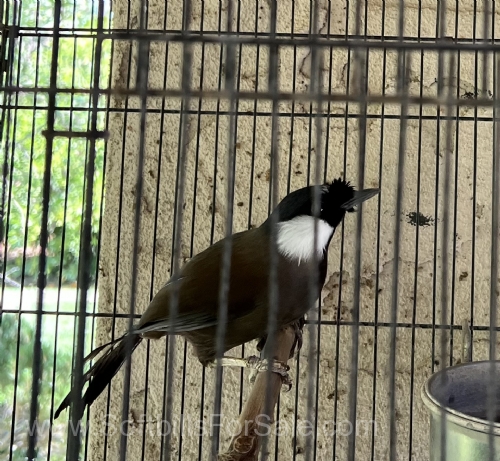 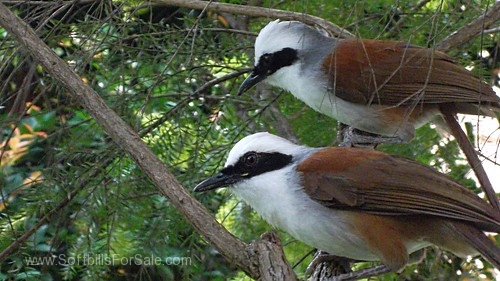 1.1 WCLT available. Pic is from the web but i can send as per request. Beautiful, very active, vocal, healthy pair. Adult birds ready for a breeding set up. Shipping available thru Delta only . Text or call for more info. Thanks 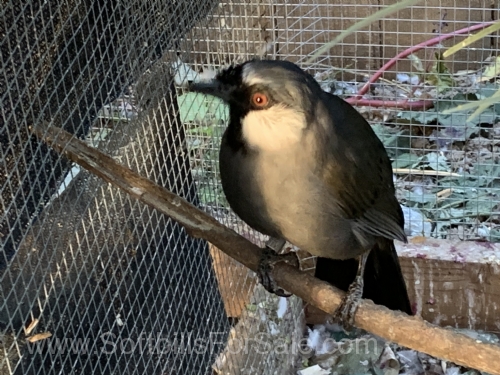 I have a 3 year old male black throat laughing thrush. I would like to trade a young female silver eared mesia. If whoâ€™s interested to trade. Email me. Local trade only. Sorry not for sale

Types of Thrushes for Sale

Thrushes are clearly identified as being a part of the songbird family, Turdidae, but they are also treated by some authorities as a subfamily of the insect-eating family, Muscicapidae and are considered closely related to the Olde World warblers (Sylviidae) and flycatchers (Muscicapidae). That's the fascinating thing about bird classification is that more and more is discovered about the geneology and evolution of species with each generation of bird enthusiastic scientists.

True Thrushes belong to the Turdid family, but some species are named Thrush only based on their resemblance to true Turdids. Some examples of these species are Ant-thrush, Babbling Thrush, Jay Thrush, and the Chinese Thrush. True Turdid species include  the Blackbird, Fieldfare, Ouzel, Robin and Redwing.

Thrushes In the Wild

Thrush can be found all over the world, but are mostly in what is called the “Olde Worlde”, especially in Africa. The birds found in northern regions are strong migrators. Since they occupy lots of different types of habitats, their diets can vary, but their ideal diets consist of insects, fruit, earthworms and on occasion, snails. Thrush birds build open cup-shaped nests like many species (with the exception of the Chat-thrushes who occupy tree cavities). There, they will lay three to six bluish eggs.

Thrush has been threatened mostly by deforestation. Wood Thrush is among the most threatened of the family. They live in the Eastern parts of the United States and migrate to Mexico and Central America each winter. Their main homes during breeding seasons are being fragmented and their population has experienced a high decline. One effort toward their conservation has been the creation of the 'Conserving the Wood Thrush Endangered Species Handbook' which was written to rally interest in the bird, and help those interested advocate for the bird in their community, but there are many websites and efforts dedicated to the issue of the Wood Thrush decline. With a quick Google search, you will have all kinds of resources and caring citizens before you.

Although Thrush populations are declining in large numbers of some of the species, some are bred and kept quite successfully in captivity. Thrush, as pets kept in aviaries, are considered a softbill, and they are said to be one of the easiest softbills to begin keeping with. Comprehensive guides and blogs can help you build an aviary and supply adequate enough for a Song Thrush or mating couple. It's fascinating to read how to facilitate the whole breeding process and care for their families. The Song Thrush species is expected to live around 10.5 years.