There are many names for the Pigeon that remain uncommon in America, among them the Dove, Blue Rock Pigeon, Rock Dove, and more. The word Pigeon is derived from the Latin word “Pipio” which means young chirping bird. The family, Columbidae, has 315 species or more and even more subspecies. Pigeons are originally from Europe, North Africa, and Asia. They've since been distributed everywhere except the Sahara Desert, Antarctica, and the high Arctic. Wild Pigeon is found mostly on the coasts and the Feral Pigeon is mostly confined only to places of human habitation. 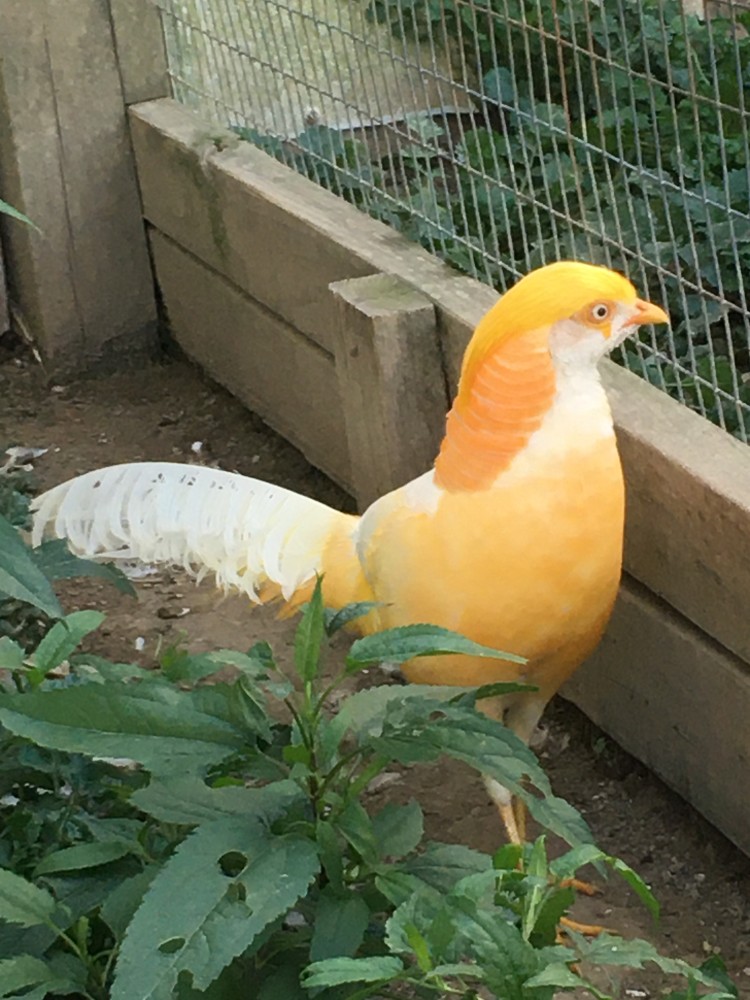 Types of Pigeons for Sale

Pigeons are medium-sized to large birds. They can be as large as 37 cm long and when they fly, a wingspan of 72 cm. The Pigeon's head is dark gray and its neck a glossy iridescent green and purple. The rest of its body is gray again and it can be distinctively picked out by its black “wing bars”, two lines that run across its wings horizontally. It has interesting eyes. Its iris is orange or red with a paler inner ring of brown or brown-gray.

In nature, the Pigeon only has two threats. They are almost exclusively hunted by the Peregrine Falcon and the Sparrowhawk. The Feral varieties that only reside where humans do have only humans to worry about. These two factors have a lot to do with the fact that they are listed as Least Concern for endangerment.

These birds are warriors in the way that they can fly at high altitudes (6,000 feet), high speeds (highest recorded speed was 92.5 miles per hour), and long distances (up to 700 miles per day). They are also considered highly intelligent animals that travel and migrate by sensing the Earth's electromagnetic field and the sun. Others believe they even use roads. Pigeons see in color as humans do, but they can also see an ultra-violet range that humans cannot. For this skill, they are usually employed in search and rescue missions at sea because they somehow assist in seeing what humans cannot. They can recognize that a mirror is a reflection of themselves and not another bird, a skill only 6 species can do and no other non-mammal has. It can also recognize the 26 letters of the alphabet, differentiate a photo from real life, and even recognize different people.

Not only has this amazing bird been employed by people to rescue, but it has a long-standing tradition of being a form of message service. Because Pigeons are able to travel long distances and return home, they've been trained throughout history (first in 2500 BC) to send messages between cities.

Pictographs on clay have surfaced dating back 5,000 years that reference keeping Doves, but it's likely that the “Dove” or “Pigeon” lived among cavemen on cliff-sides before men began keeping birds as food source. Although many pictographs were found in places like Egypt, Iraq, and Crete, as old as 3,000 BC, they don't fully explain the role the bird played in their lives or how domesticated they were then. They've been used to carry very important messages from financial institution to financial institution, news agencies, and has saved lives during wars. The last message service by Dove was banned by India police in 2006.

Man-made structures known as “Dovecotes” that housed the Pigeons and assisted in their training and domestication of them can still be found, yet abandoned, today. Many sports involving Pigeons are alive and well, however. Pigeon racing, Pigeon shooting, and a more complicated, old game called “Triganieri”. The Dove or Pigeon has one of the richest, fullest histories of any bird species that's been researched and observed. It's no wonder people are still captivated by it around the world.