Mynah birds, sometimes spelled Myna, are a tropical Asian species native to Southern Asia, especially in India. There are several species of Mynah under its umbrella including Hill Mynah, Common Mynah, White Vented Mynah, Crested, Golden-Faced, Rothschild and more! Mynah species have become quite common pets because of their charming traits. Of them, the ability to mimic or talk. They have the ability to learn up to 200 words. These smart birds also have excellent memories, remembering people who treat them well fondly and remembering to dislike someone they didn't appreciate. 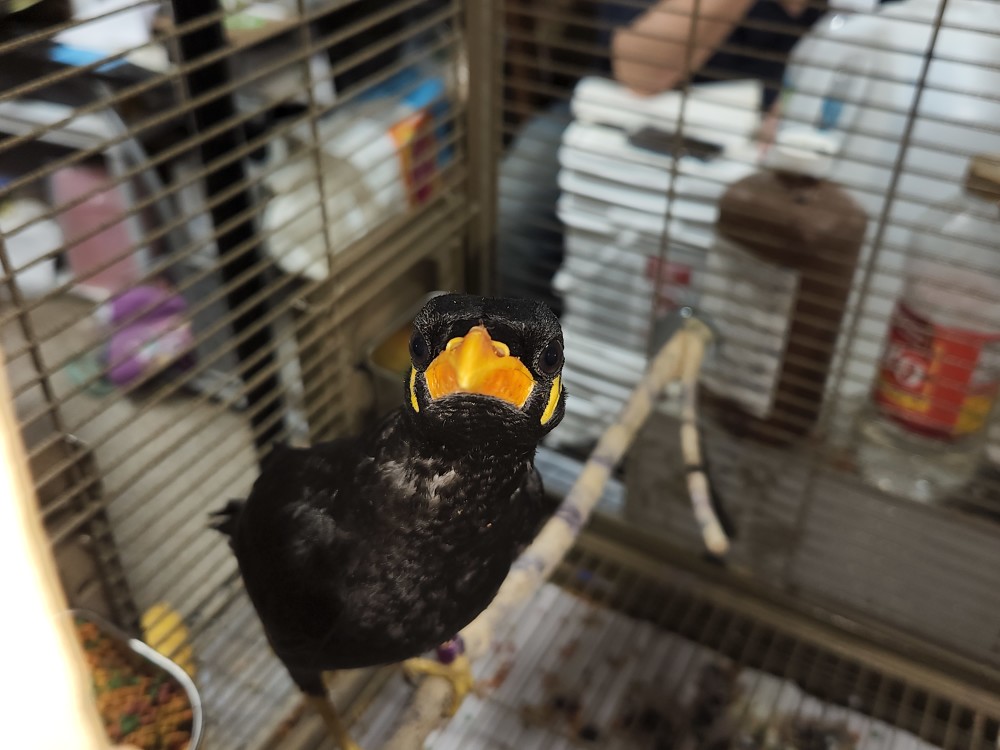 Baby mynah bird, handfed and very friendly. Loves to eat fruit right out of your hand. Can be shipped anywhere. Please call for more information 954-791-3720 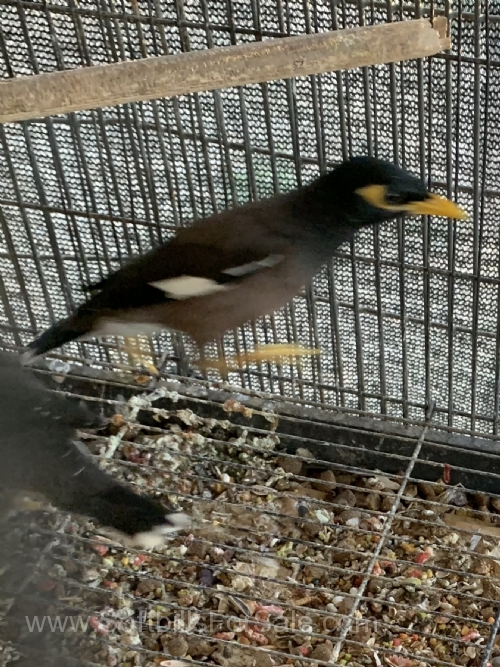 Ready to a good home I have one female left only 10 months old. 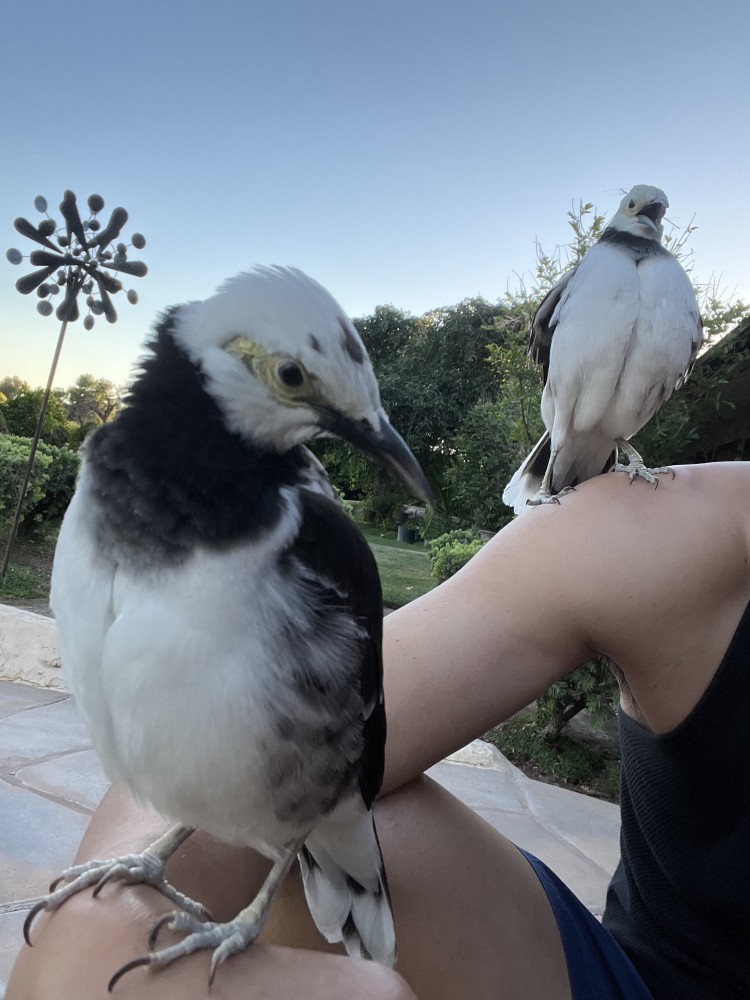 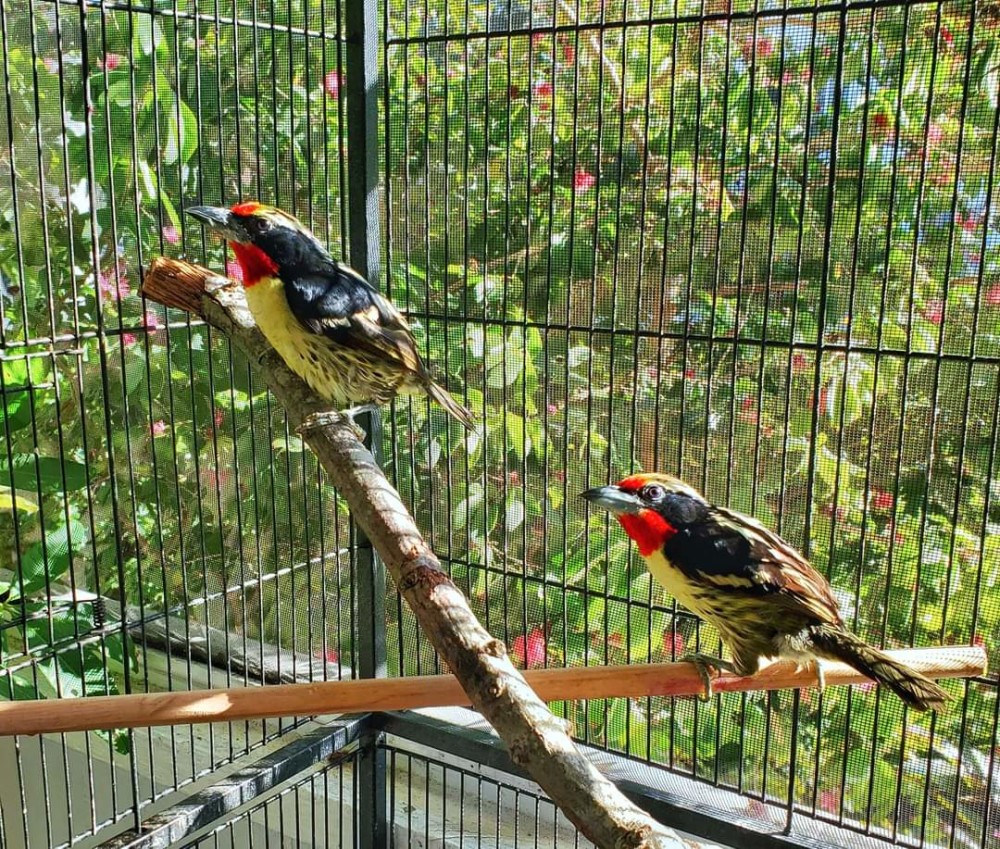 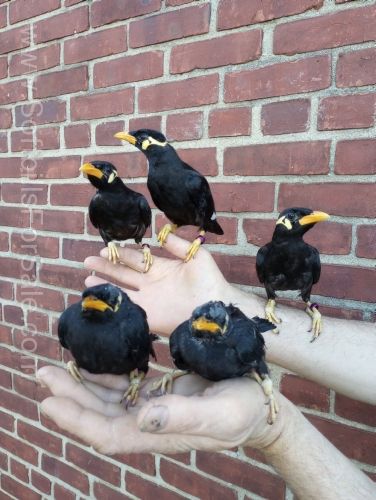 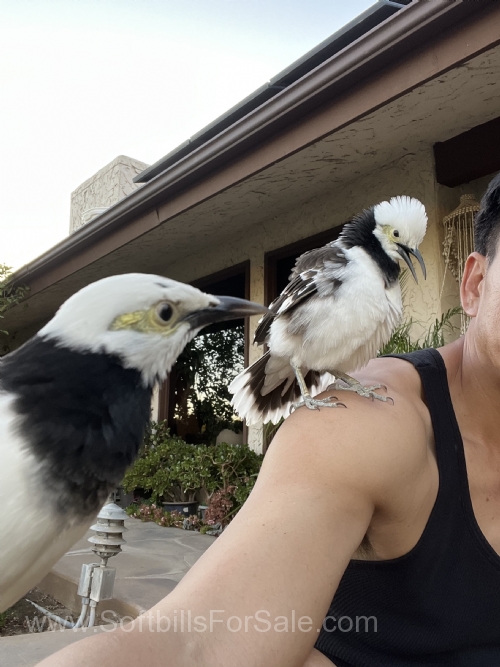 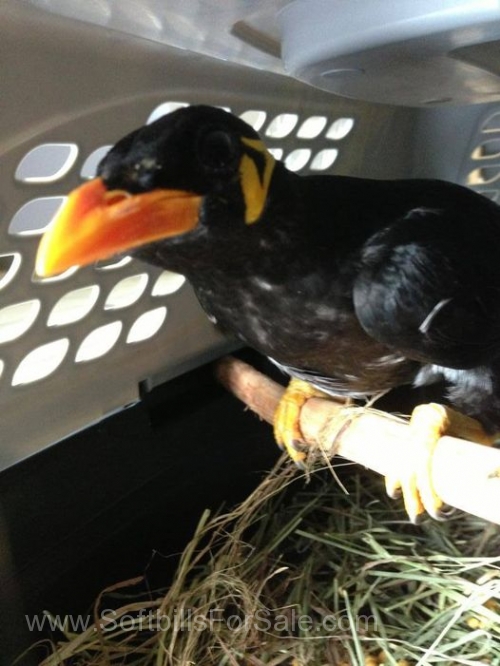 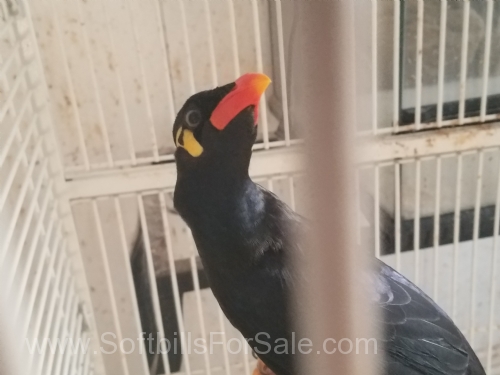 Available to a breeder ONLY. You will have to prove that you breed GIH mynahs. I have a 4 - 5 year old female mynah (I can get her actual age.. I have the paperwork). I originally bought her as a hand fed baby however by the time I got her she was a... 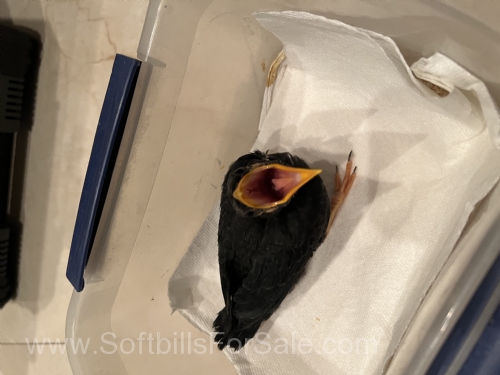 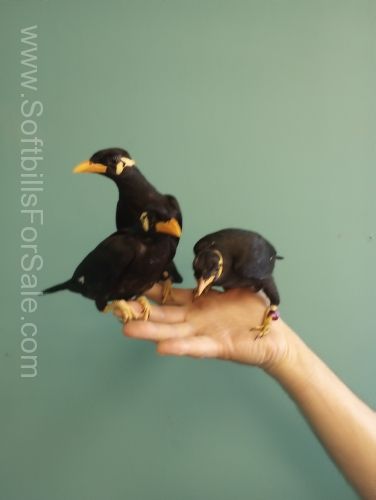 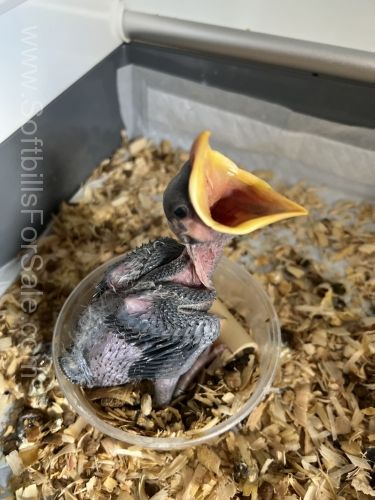 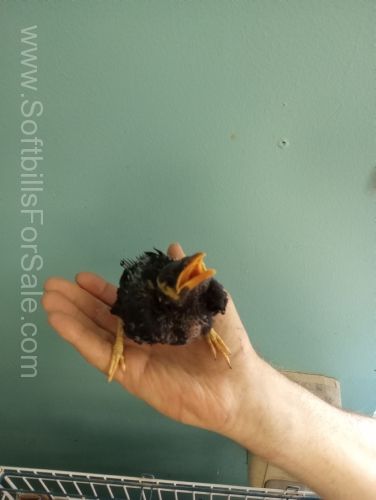 Baby Hill Mynahs! $6,000 each We are not scammers-buy with confidence.

Types of Mynahs for Sale

The name Mynah comes from the Hindu word Maina which is derived from Sankrit's Madana. Of various meanings, the God of Love makes the most sense in relation to this bird. They are quite social, both with humans and in their relationships with each other, both males and females contribute to the feeding and raising their young. In captivity, Mynah prefers the company of the one who cleans their cage first and foremost, and then who feeds and gives them the most attention. They warm up quickly to new people after some socializing. They don't cuddle like some other bird species, though. Before the age of two, they seem to stop learning new things, but before they can build quite the vocabulary. Of course, they don't understand the meaning of the words and sounds they make. Their willingness to meet new people, breed in captivity and "show off" their talking ability make them a really important species in the pet trade. The Hill Mynah are the best in show in that regard, they talk the most.

Mynahs are mid-sized, girthy birds with strong legs, and a short tail. Across the different kinds of species, they can look different. The Hill Mynah's bodies are usually black or dark in color. They do, however, have the tropical look with a bright orange/yellow beak and some coloring around the face. Sometimes other species are forgotten because the Hill species is the most common among household pets. There are other very special species among the family, though.

The Bali Mynah is one of the rarest birds in the world. It is stark white with a black/blue masked face and black/blue outer wing feathers and tail tip feathers to match. The reason it's become one of the rarest birds in the world is due to the destruction of its habitat for lumber. It is considered in critical danger, having only found 24 to record in Bali's Barat National Park, a park created to provide a home in the wild for the remaining population and the only known home for them in the wild today. An estimated 1,000 live in captivity.

In the wild, the birds live in forests, nest within cavities of trees and eat fruits and invertebrates. It's always best for an animal in captivity to mimic their natural surroundings, diet, and activities as closely as possible. In captivity, their cages should be no less than 2 feet by 4 feet by 2 feet. Their diets can vary a little bit, but follow much of what they would eat in nature. They can be given fruit (ripe, sweet, seedless and low in iron) in addition to soft pellet food. The food should be soft because of their soft beaks, so no dried fruit should be given to the birds. During the breeding season, if you have a pair, need to be provided mealworms for 5% of their diet. These worms will be given to their young once they are hatched. Having a natural perch for them is an ideal piece of "furniture" that keeps their claws healthy.  Healthy Mynahs will have clear eyes, a good appetite and a curious and alert type attitude. In captivity, this bird can live 10 years or longer